Notice: The called constructor method for WP_Widget in WPAC_Nav_Menu_Widget is deprecated since version 4.3.0! Use instead. in /home/thefatherpanel/public_html/wp-includes/functions.php on line 3959
 The Billionaire Mastermind | The Father of Success 
Notice: Undefined variable: custom_color_option in /home/thefatherpanel/public_html/wp-content/themes/marketing-expert/lib/color_custom_pattern.php on line 2 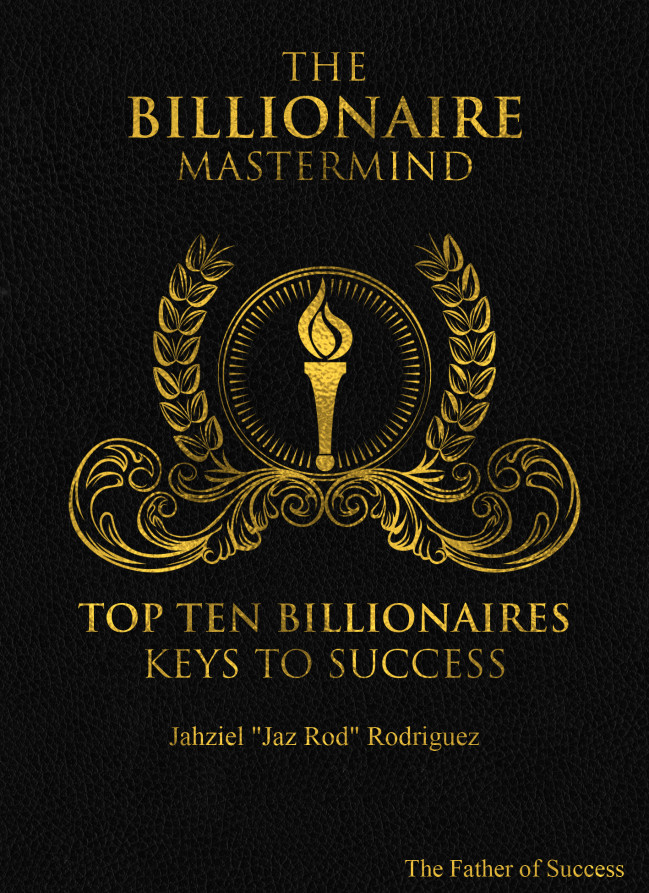 The Billionaire Mastermind represent a form of peer coaching and mentoring group.

The Origin and Development of the Mastermind Group Concept

The notion of Mastermind Groups was popularized by the author Napoleon Hill (1183-1970). Hill was commissioned by the American industrialist Andrew Carnegie in 1908 to interview over 500 of the most successful people of his time and aggregate a general formula for business and life success. The project took Hill twenty years, and in 1928 he presented his multi-volume course “The Law of Success”.“

Think And Grow Rich suggests thirteen steps towards riches. The Billionaire Mastermind researched the top ten billionaires of the world and their strategies for success. The word mastermind is introduced for describing the synergies that can be created when several human minds unite to work towards a common specific goal, where the whole in terms of mental power represents more than the sum of its parts.

The whole is viewed as an invisible, additional force called the mastermind.
Uniting several minds for a purpose

Masterminding has probably been practiced since the beginning of mankind in some way.

The Characteristics of a Mastermind Group

Some of the characteristics have emerged with the advent of the internet and its virtual qualities; some are related to a growing understanding of how the success of individuals can be achieved.

In order to make a Mastermind Group work and to get the optimal benefits out of it, a certain group culture is necessary that incorporates elements and values like mutual respect, curiosity for the lives and goals of the other members, benevolent support, and a nonviolent, question-driven communication style.

Apart from that there has to be the element that is known as “tough love”, because sometimes members have to be challenged in a way to help them move towards their goals.
In order to sustain or establish such a MMG culture, it is essential that the members are aware of the importance of the group culture, and that the necessary knowledge and skills are planted and grown during each of the meetings, as well as in communication acts outside of the actual sessions.

Gifted or trained individuals in the group

Bring elements of culture into the sessions, or the members adhere to accordant guidelines. In case none of these factors is given, a trained coach can facilitate the meetings, or a subset of the meetings. A requirement for this model is that the members are willing to seek and accept feedback, reflect on it, and take responsibility for creating change. Then selfdirected learning is possible and the coach can have a lasting positive impact on the group beyond the meeting when he or she is present.
The coach could moderate a meeting and act as the timekeeper to ensure that each member gets their time within the length of the session. Apart from that the coach’s more important mission is to convey what culture and style elements are useful and needed to make the sessions most beneficial for the participants. One way to do this is to actually demonstrate how an issue that a member has brought to the group can be dealt with. The other way is to subsequently explain what was done and how. Verbalizing and reflecting on the used methods can help the members to pick up coaching tools and thinking, and incorporate it into their way of acting within the Mastermind Group. Find out more here.

If a supportive group culture can be established within the Mastermind Groups, so the group you join should be chosen by what you want to achieve or become. This culture comprises a nonviolent and inquisitive communication style as well as the use of results and tools developed, used, and promoted by the coaching profession.
In order to reap the most benefits from being in a Mastermind Group, members of a group are advised to study coaching tools and/or bring a trained coach into the meeting. The role of the coach is to demonstrate supportive ways of interaction and problem solving, and to subsequently verbalize what was done in order to provide a second way to mentally access and incorporate the demonstrated principles.

The Billionaire Mastermind
No Comment
Google Adsense Secret
No Comment
Jaz Rod Introduces The Father of Success
Succeed
Success Strategies for Anger
Uncategorized
What role does the subconscious mind play in determining success?
Succeed
3 Important Things You Need to QUIT to Become Successful
Uncategorized
Billionaire Mastermind Book
Free Copy
The Father of Success - Copyright 2015
Social media & sharing icons powered by UltimatelySocial
Warning: count(): Parameter must be an array or an object that implements Countable in /home/thefatherpanel/public_html/wp-content/plugins/ultimate-social-media-plus/libs/controllers/sfsi_frontpopUp.php on line 183